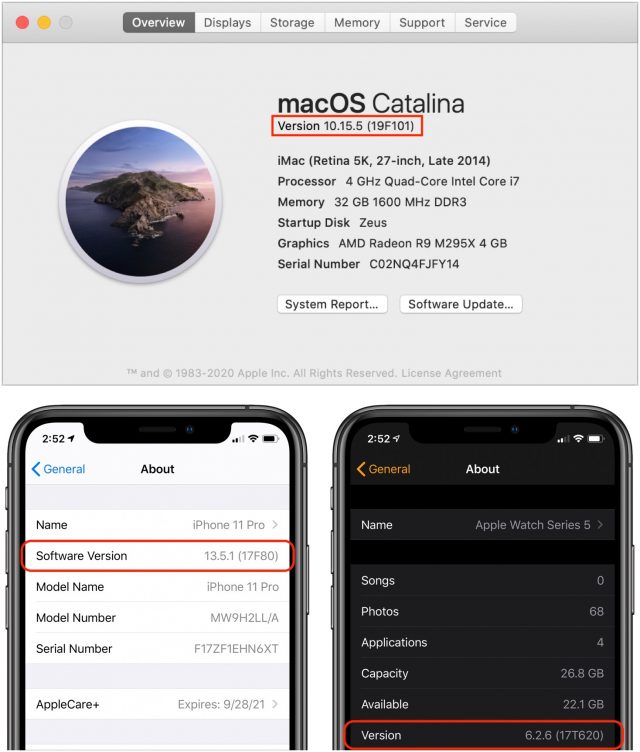 To see your macOS version and build numbers on a Mac, choose Apple > About This Mac and click the version number. In iOS or iPadOS, go to Settings > General > About and tap Software Version. For watchOS, in your iPhone’s Watch app, go to General > About and look at the Version line.

Apple isn’t dogmatic about following these rules, or, to put it another way, circumstances sometimes force the company to deviate from its rules. If it had followed past years, iOS 13.1 would have been 17Bxxx, but it was 17A844. This fact probably means that Apple originally thought that iOS 13.1 was going to be iOS 13.0.1, but it ended up containing such important changes that the company decided to increment the minor version number rather than the patch version number.

Usage of Type Aliases in Swift